Replacing your old cracked driveway is often the best option

Are you considering repairing all those cracks on your concrete driveway to save money instead of a total replacement? Think again, cracks are often a symptom of a bigger problem, especially uneven cracks and/or wide gap cracks. 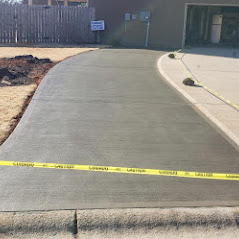 Concrete is a highly durable and excellent material for a driveway, especially in the State of Georgia with its predominant clay soil. The problem lies underneath the slab, which is invisible to the homeowner. A freshly poured and finished driveway can look great at first glance until time passes by and problems start revealing themselves.

Poor preparation before pouring the concrete is the single most prevalent cause of major cracking in driveways since they carry the load of passenger vehicles or heavy machinery in the case of commercial driveways.

Improper irrigation, poor soil compaction, and weak reinforcement are most often overlooked by inexperienced driveway concrete contractors. Effective water management needs to be considered to avoid any soil movement underneath the driveway leaving gaps that could put too much load on the slab.

When tearing out a damaged driveway, it becomes clear that some contractors are either clueless or cut corners to save costs, says David Gipson, owner of 5 Star Driveway Replacements. The customer always ends up paying in the long run. Trying to salvage a driveway that was poorly executed will not be cheaper. Tearing out and replacing is always the best option.

This may be a good place to introduce yourself and your site or include some credits.